BY REMAINING SILENT WE SAY THAT PROSITUTION IS OK

Last night, when we were on the streets, we had a long conversation with a middle-aged woman.
Just like the previous times we spoke with her, she expressed that she was frequently depressed and
constantly tired. Six nights per week she sits behind the window, barely earning money. Her debts
are increasing quickly, causing a lot of stress, headaches and other physical complaints. For her, this
is the reason she does not come to our office, for she is too tired and cannot get out of bed. I know her well enough to confront her with the fact that by staying behind that window, the change will not come. She has to move so that God can start moving.
In Job 22 verse 28 it says: “You will decide on a matter, and it will be established for you, and light will shine on your ways.’ After a good conversation she decided to come visit us the first week of January to look at her situation and what steps are needed to get from behind the window as quickly as possible.

Last Sunday, I received a message from a young Eastern-European girl to ask if I had time that week to discuss a personal matter. Yesterday morning we met over her practical question. As a result of this we came to talk about her past. I have heard so many stories already and it still touches me time after time. When she was 16, she worked in the prostitution in her homeland. Seven years later she has already been working for two years in Amsterdam behind the window. She, too, experiences stress and difficulty to get by, all to be able to give her daughter a better life than she has had. When I asked her what she would like, she did not immediately have an answer, but slowly some dreams came to the surface. When you have never gotten the opportunity to study nor were ever stimulated to dream, it is very difficult to explain what you want with your life. We are also meeting her again the first week of January. 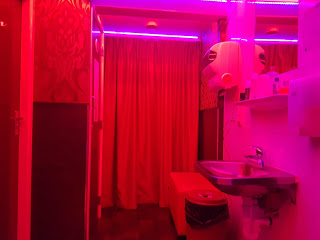 At this moment I have a list of names of 17 women who would like to quit. Some have expressed this for the first time, while others are further in the process or have even undertaken things already. We as Bright Fame are preparing for the large number of women that want to quit and get a normal job.

During the day we see that the majority of windows is already empty. But also during the nights,
more windows are closed than a year ago. Curtains stay closed and the workspace is empty.

Just like every year, December is a busy but fun month. On the fifth of December I spend the whole day in the streets as ‘Sinterklaas’ with my two ‘soot pieten’. At night we even walked around with two ‘sinterklazen’ and four ‘root pieten’. As last year, we visited two clubs on the Red Light District and many women wanted to take a picture with ‘Sinterklaas’. So the pictures were taken in a good spot with normal lighting and a quickly put on jumper.
Last week we handed out our Christmas present with an invitation to the Christmas party. This year our present was a nice bath towel that said “Beauty at the Beach”.

Our eight teams walked around with the stuffed bags to hand out all 400 bath towels. We also took the time to make new contacts. The thing that really stayed with me was one woman who did not want to open the door. Normally, we are not able to get in contact with her. When she understood that this was offered to her for free, her facial expression changed completely, showing a big smile. When I passed by this week, that bright smile was back.

Today, I enjoyed watching a girl having her first Dutch language lesson in the office. While repeating some sentences, she clearly enjoyed it and when she was complimented, this extremely happy face appeared. It is so special to be able to stand next to these women in several ways and to help them find a different life.
We, as a team, can do this practically on the street and here at the office. You can surround these
women with your prayer and with financial support together “Shoulder to Shoulder”! 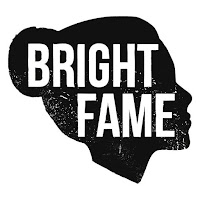 Donations to support this work can be transferred to
NL53 INGB 0004 1039 12 in the name of STICHTING BRIGHT FAME
Bright Fame is an ANBI-acknowledged foundation. 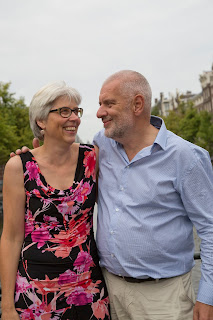